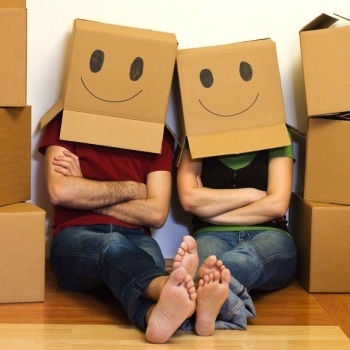 Whether you’re just shacking up or saying your ‘I do’s’ with that special someone, a new study suggests women can get just as much of a mental health boost from doing either one. Researchers found that deciding to cohabitate can decrease a woman’s emotional stress just as much as getting married to her partner.

Yahoo! Health reports about the Ohio State University study that suggests living together or getting married can provide similar mental health support, but only for women. Men involved in the study only saw a boost in their mental health after walking down the aisle but not from moving in with a partner for the first time. They did however see a decrease in emotional stress when they cohabited with a second partner or decided to remarry.

Since two thirds of couples are now living together before marriage, the study is good news for many women’s mental health. Co-author of the study Claire Kamp Dush believes that social support is a big factor in the mental health benefits we receive from living with a partner. Getting intimate more often also doesn’t hurt. Kamp Dush says, “You’re also having more sex when you’re living with someone, which is good for your health.”

The reason why men and women have different feelings about living with a partner for the first time may have something to do with the way they are viewing the decision. Kamp Dush points out that women tend to see that step as a sign of commitment and security whereas men may not take it as seriously and simply see it as a trial run for marriage.

And as to why men don’t see a decrease in emotional stress until they live with a second partner, Kamp Dush theorizes that this may have something to do with better decision making the second time around.

What do you think of the study that suggests women get just as much as a mental health boost from moving in with a partner as they do from marriage?

Why do you think men only see a decrease in emotional stress when they marry or move in for the second time with a new partner?