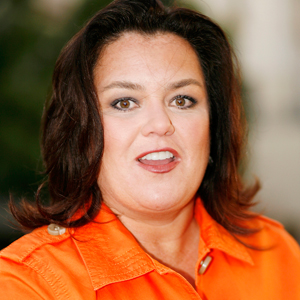 Though some of us are well aware of the symptoms of having a heart attack, what we do when experiencing them is another story. All too many women chalk up their chest pains or discomfort and numbness in their arms to muscle pains. Many will take an aspirin if they are suspicious of heart attack, but will still put off making that emergency call to 911 until it’s too late.

Comedian Rosie O’Donnell can now count herself as one of the lucky ones to still be alive after waiting a day to see a doctor during a heart attack. In a recent blog post O’Donnell reveals that she assumed her chest pains and sore arms were due to a pulled muscle. More symptoms like nausea and vomiting prompted O’Donnell to do a Google search of “women’s heart attack symptoms” and even though she had many of the symptoms she did little more than take an aspirin (which may have saved her life).

The next day O’Donnell saw her doctor and after running tests she learned she had a very serious heart attack (often referred to as the “widow maker”) with her left anterior descending atery (LAD) 99% blocked. Though O’Donnell is in fact lucky to be alive the truth is many women are not so lucky. O’Donnell knows this too as she recites some facts about women and heart attacks she says, “50% of women having heart attacks never call 911, 200,000 women die of heart attack every year in the US, by some miracle I was not one of them.”

Do you think Rosie O’Donnell’s response to her symptoms of a heart attack are common among women?

Please share stories, symptoms, and how you or someone you love responded to the beginning stages of a heart attack.