Pleasure At A High Price 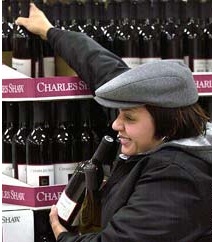 A recent study published in the Proceedings of the National Academy of Sciences reports that a person’s expectations of quality automatically triggers activity in the part of the brain that registers pleasure. When a test subject was told that one wine cost more than the other they tricked themselves into believing the more expensive wine gave them greater pleasure.


During the study, twenty adult subjects were given samples of the same wine at different prices. Not only did the subjects report experiencing pleasure at much greater levels when they were under the impression that the wines cost more, but the activity in the part of the brain that registers pleasure was significantly more active.

This, of course is not the first study to look at how marketing affects a consumer’s behavior, but it is the first to show a direct effect on the brain. These types of findings can drastically change the way companies market products in the future. Baba Shiv, an associate professor at the Stanford Graduate School of Business and one of the authors of the study believes marketers may now think twice about reducing the price.

What do you think of this study connecting pleasure with price?

Do you think the price of a product affects the way you perceive its quality?