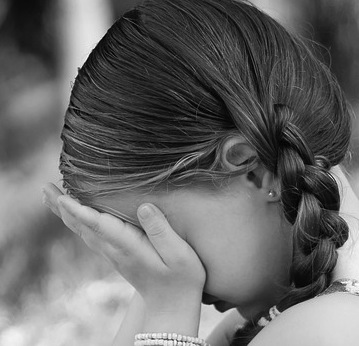 When our kids say “ouch”,how quick we are to come to the rescue may have everything to do with whether we have a son or daughter. A new study suggests girls’ pain is taken less seriously than when a boy says he is hurt and moms actually carry the biggest gender bias in this particular situation.

USA Today reports about the Yale study from the Journal of Pediatric Psychology that builds on a previous study from 2014 that suggests when kids are experiencing the same amount of pain, it is usually the boy that is taken more seriously. Adults involved in the study were shown identical reaction to a finger stick from both boys and girls.

And even though the childrens’ responses to the same amount of pain were identical, adults were more likely to downgrade the girls’ pain while upgrading the level the boys were feeling. On a scale of 0 to 100, adults rated boys’ pain reaction to the finger stick test as a 50.42 and girls got a pain rating at 45.90. Surprsingly, women were more likely to downgrade a girl’s pain level when rating the finger stick test.

Researchers are not exactly sure why women tend to take girls’ pain less seriously, but they have a theory that since the gender bias already exists - women may feel more pressure to show more sympathy for a boy’s pain. Kate Manne, Cornell University philosopher and author, explains this possibility saying, “Since there's more pressure on women to be appropriately sympathetic to pain, and since we're biased in the direction of taking male pain more seriously, it make sense that women are as bad if not worse.”

Whatever the reason for the disparity, researchers believe its important that doctors take the gender bias into account when assesing a patient’s symptoms and pain. Co-author of the study Joshua Monrad explains, “We really hope that these findings will lead to further investigation into the potential role of biases in pain assessment and health care more generally.”

What do you think of the study that suggests we take a girl’s pain less seriously?

Have you noticed a gender disparity when it comes to assesing the pain reactions between boys and girls?