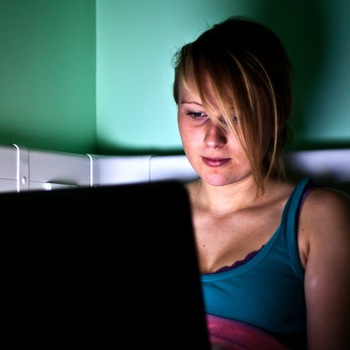 Having too many friends may not sound like much of a problem, but some new research suggests that teens who have 300 or more friends on Facebook have higher levels of stress. Whether this translates to teens inability to handle juggling a hectic social life or merely depending on social media too much, there may be such a thing as making too many connections online.

Medical Daily reports about the University of Montreal study that measured the level of cortisol (known as the stress hormone) in teen Facebook users. Researchers studied participants ages 12 to 17 , having them take surveys about their social media use and the amount of Facebook friends. Scientists also took samples to measure the teens’ cortisol level over a three day period.

What researchers found was that teens who had more than 300 Facebook friends had consistently higher levels of cortisol. Though these teens may be extra stressed, researchers say the continuous stress has not yet transformed into depression.

Lead researcher Professor Sonia Lupien explains, “We did not observe depression in our participants. However, adolescents who present high stress hormone levels do not become depressed immediately; it can occur later on.” She adds, “Some studies have shown that it may take 11 years before the onset of severe depression in children who consistently had high cortisol levels.” She also points to a recent study that suggests 13 year olds with high cortisol levels have a 37% increased risk of developing depression by the age of 16.

What this means for teens who are popular on social media is not yet known, but possibly limiting time online and placing more importance on real-world connections couldn’t hurt anyone, right?

What do you think of the study that suggests teens who have more Facebook friends have higher levels of stress?

Why do you think this is?